The Annual Q4 Crypto Surge is off to an early start and looks to be more sustainable than ones in years’ past.

Since 2013, Bitcoin has realized gains in October nearly 80% of the time. The most famous Q4 rally occurred in 2017 when we watched Bitcoin surge from around $3,000 to heights of nearly $20,000 in 3 short months. As you’ll recall, this surge was fueled by rampant speculation, creating a classic bubble that popped as quickly as it inflated. 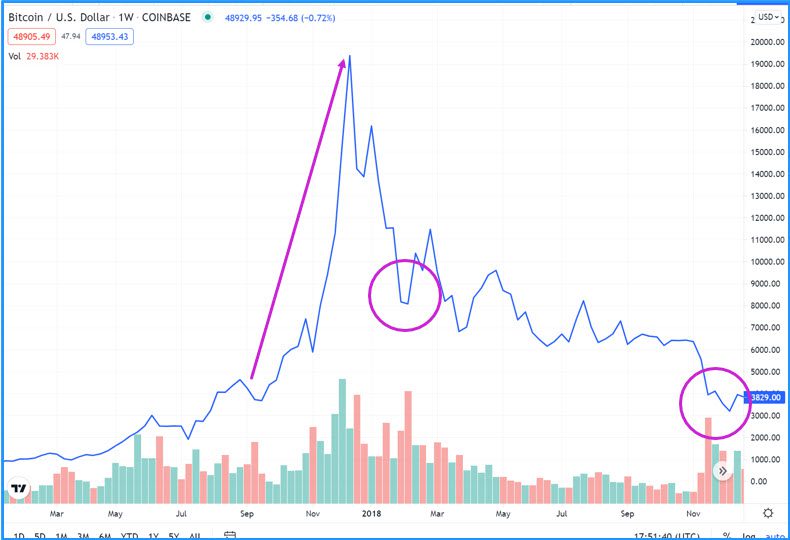 However, as volatile as crypto remains, there are three major reasons why this year’s crypto rally could have some serious staying power.

Three Reasons Why This Crypto Surge is Sustainable

1. We are Closer than Ever to a Bitcoin ETF

A Bitcoin ETF has long been a crypto investor’s pipe dream. For years, as soon as the notion of a Bitcoin ETF saw the light of day, the SEC quickly slammed the door shut. However, that pipe dream may soon becoming a reality with a Bitcoin ETF approval closer than ever.

According to Bloomberg ETF Analyst, Eric Balchunas, there is a 75% chance that a Bitcoin futures ETF will be approved this month. 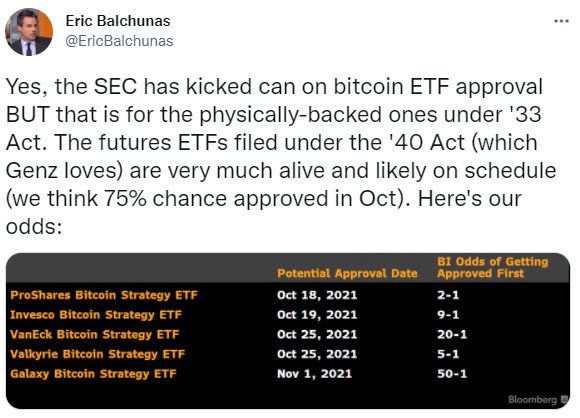 Mainstream adoption by institutional investments has been the primary catalyst which has allowed Bitcoin to sustain recent gains. And now, an approval of a Bitcoin ETF would give additional tailwinds to the mainstream approval of cryptocurrency.

2. Bitcoin Investors are Holding for the Long Term

Bitcoin’s latest pullback did not send investors running for the exits as it had in the past. In fact, more investors are becoming long-term holders of Bitcoin giving it an extra shot of optimism and confidence. Long-term holders are defined as investors who hold Bitcoin for more than 155 days and are now at an all time high accounting for more than 80% of its circulating supply.

With long-term holders providing Bitcoin’s rally a solid foundation, strategists said a breakout above $52,900 could target Bitcoin’s all time high of $64,800 and that another pullback “does not seem imminent”.

3. Inflation is Making Bitcoin an Attractive Store of Value

Inflation, along with low interest rates are contributing to the demand for cryptocurrencies. Recently, the Fed lifted their inflation forecast to 4.2%, more than double than their target of 2% while strategists felt that inflation will be around longer than expected.

Goldman Sachs recently put out a report that “some family offices are considering cryptocurrencies as a way to position for higher inflation, prolonged low rates, and other macroeconomic developments following a year of unprecedented global and fiscal stimulus.”

According to the report, the Federal Reserve pumping liquidity into the market has driven family offices to look for a “deflationary asset” with many believing that cryptos can provide growth in an inflationary environment.

Crypto will remain volatile and speculative for the near future but, this Q4 Crypto Surge definitely feels more sustainable than in the past.  Crypto no longer feels like a speculative bubble as this is the first time that we have seen solid, foundational tailwinds such as institutional involvement, long-term holders, and investments as a store of value drive the price of Cryptos.