Despite a Slow Jobs Report, This Bull Market is Poised to Continue

Today’s jobs report was certainly disappointing. The economy added only 235,000 jobs on an expectation of 725,00; a huge miss. In addition, the unemployment rate fell to 5.2% from 5.4% in July. Between the poor data and the alarming headlines, you wouldn’t be wrong for thinking the economic recovery has taken a big step back.

But despite the dismal numbers, not everything is doom and gloom. In fact, there are three major reasons why the economic recovery will continue and the stock market will continue its momentum through the end of the year.

Reason #1: Slow Jobs Growth is Related to Delta Variant which Looks to be Peaking

At face value, adding only 235,000 jobs on an expectation of over 700,000 is a major cause for concern. But when you take a look at the sectors that account for the job loss, it’s easy to see that slow job growth is driven by the Delta variant and not unstable, economic conditions. 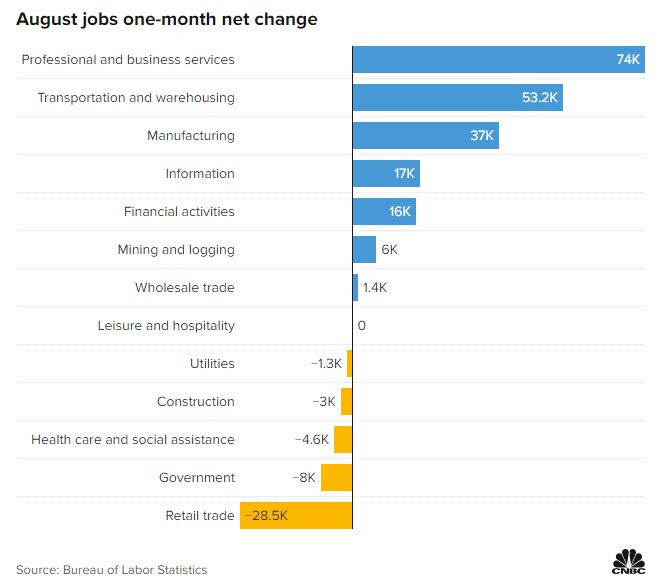 The first sector of note is Leisure and Hospitality. This sector had been adding 350,000 new jobs per month since April. In August, it added roughly zero, a remarkable halt in job growth in one sector.  The slow growth in this sector is directly attributed to the spread of the Delta variant and the hesitancy consumers have of returning to traveling and going to restaurants despite a massive desire to do so.

The good news is that latest reports show the Delta Variant may be peaking. According to latest data, we may be seeing a slowing a potential reversal of COVID cases leading into the fall. 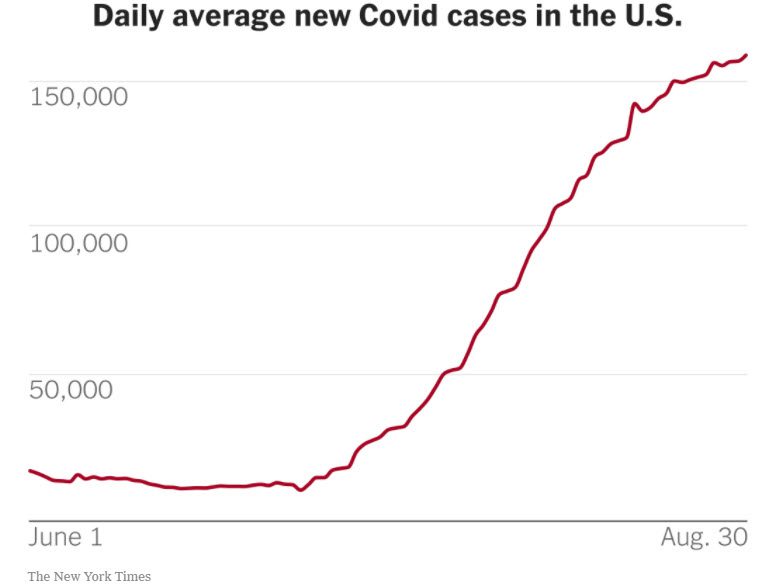 Now, only time will tell if this wave of COVID is truly peaking but there is a big reason to be optimistic that caseloads will decline.  Since the pandemic began, COVID has often followed a consistent but unusual pattern. In countries also hit with Delta variant, the number of new cases has often surged for roughly two months before starting to fall.

We are close to two months since the beginning of the surge and if the trend continues in the right direction, we would be on the other side of this wave just in time for the holidays.

Reason #2: Major Retail Companies are Figuring Out the Labor Shortage

Retail trade is the other sector that is negatively impacting the jobs report. Retail has been consistently losing jobs for several months now and accounts for the major labor shortage in the U.S. In fact, the labor shortage has gotten so bad that there was over 10 million job openings at the end of July, an unprecedented number.

The reason for the labor shortage is alarming but not surprising. Wages have been stagnant for decades and according to a report, the federal minimum wage would need to be $12.38 in order to keep up with the cost of living. Right now it’s $7.25.

However, it looks like corporations are starting to figure out that workers cannot survive on wages set at such a low rate. Retail giants Walmart, Walgreen, and Under Armour just announced that they will boost income for hundreds of thousands of their U.S. employees.

But will it work?

In a recent interview, Under Armour CEO Patrik Frisk believes so. “Our recruitment also benefited from that [wage hike], because we were able to recruit more easily,” he adds. “But it wasn’t the first reason why — it’s something that we’ve been working on for two years.”

Rising demand for labor coupled with the recovery is putting upward pressure on wages, finally. Once other companies catch on and realize that quality workers add more to a bottom line than low salaries, the labor shortage will quickly dissipate.

Reason #3: Strong Corporate Earnings and Continued Support from The Fed

We just wrapped up Q2 earnings seasons and the results were incredibly strong, topping even the highest of analyst expectations.  Earnings are now 30% higher than they were pre-pandemic, explaining the strong performance in stocks. And Healthy corporate profits showed that the market was on firm ground and the earnings have led to even higher expectations for future quarters.

The Federal Reserve also continued its support in the reflation of the economy, announcing that even though they will likely reduce its asset purchases by end of year, there is still no plan to hike rates. The Fed remains cautious not to hinder the recovery and could plan on keeping rates at low levels through 2022.

So, take the jobs report with a grain of salt today. In fact, as I wrap up this article, it looks like the S&P 500 has turned green again. And with the current wave of COVID potentially peaking, major corporations finally figuring out the labor shortage, and continued support from the FED, the market should continue its strong growth through the rest of the year.